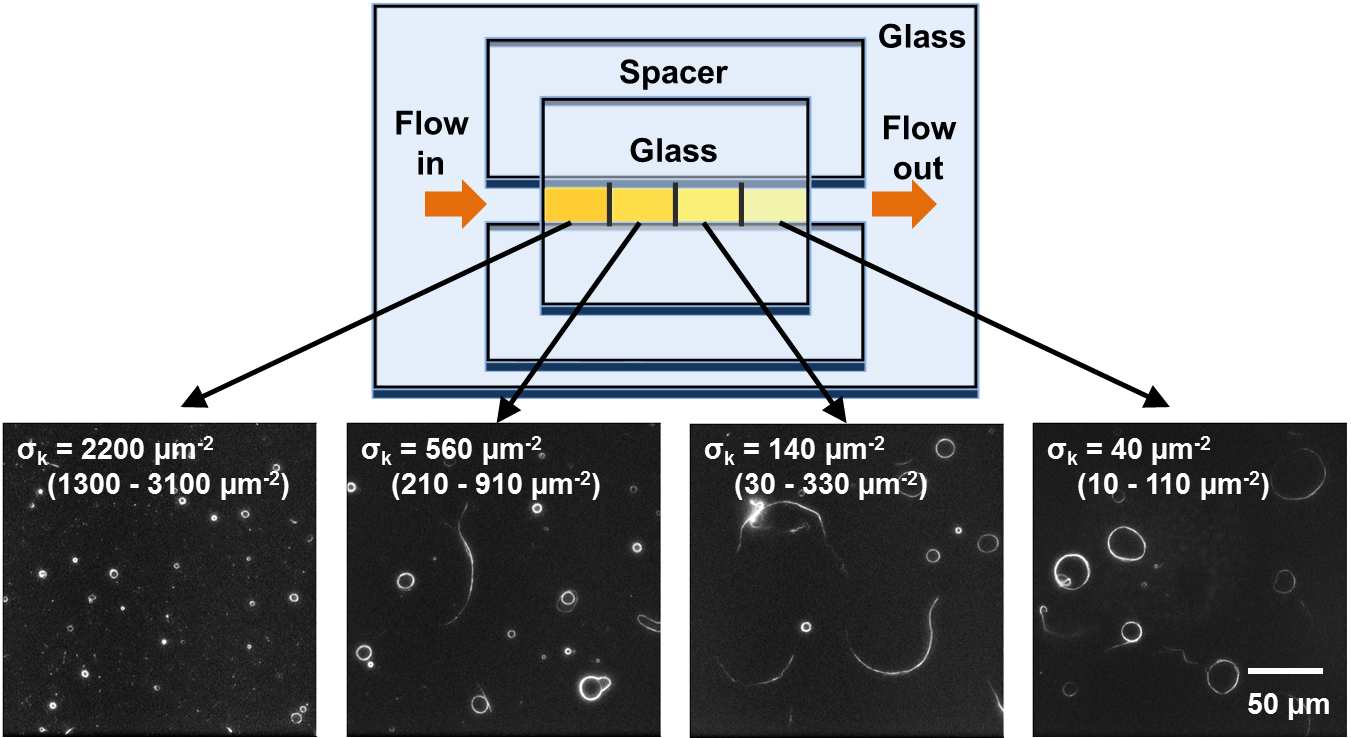 Cross-linked microtubules propelled by surface-adhered kinesin motors can form spools or ring-like structures. These structures are interesting because they are under considerable strain. With a persistence length on the order of millimeters, a microtubule ring can only be created and maintained with the assistance of kinesin motors to supply the force necessary to deform the microtubule. 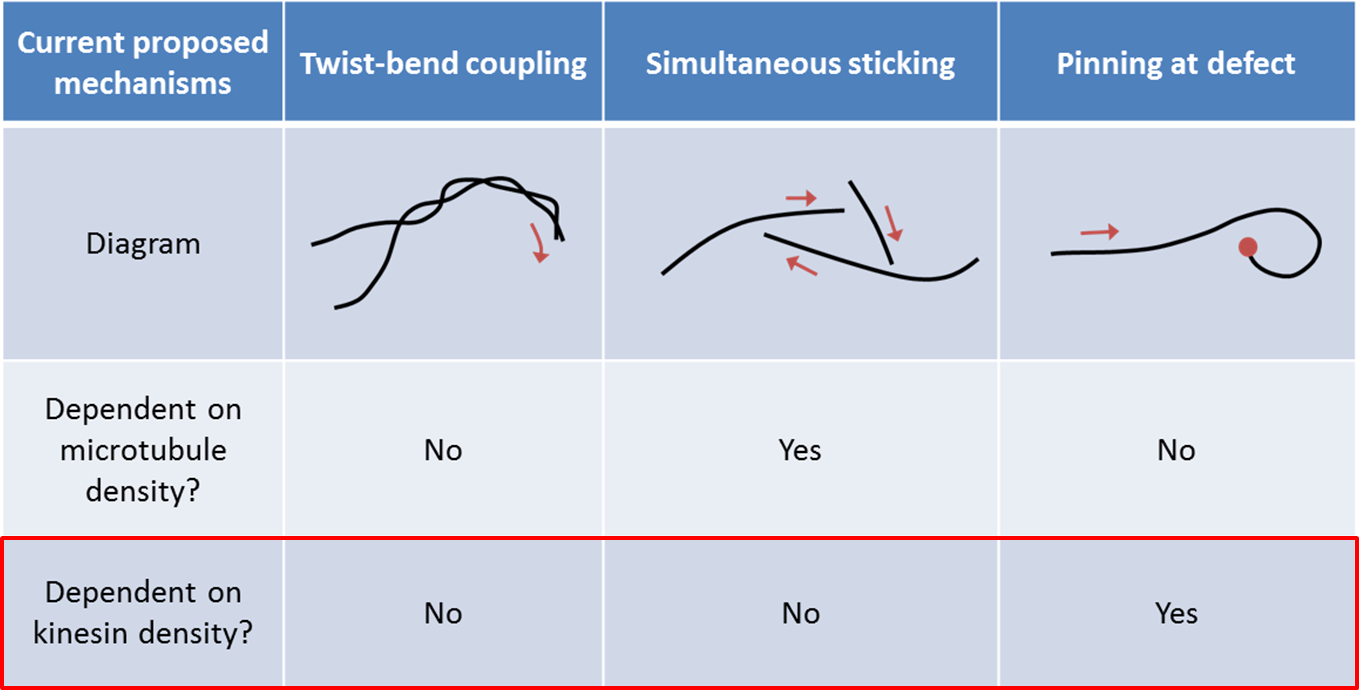 Out of the three proposed mechanisms of spooling, only the third is dependent on kinesin concentration.

In my experiments, I created a simple stepwise gradient of kinesin motors on the surface by flowing in the kinesin solution section by section, allowing the kinesin solution to adsorb for various lengths of time. Thus, in a single flow cell, it was possible test the effects of multiple kinesin concentrations and control for all other factors. With higher kinesin densities, there was an increase in spool density and a decrease in spool circumference, showing that pinning was a major mechanism of spool initiation. We also found that the adsorption rate of kinesin was approximately 25% per minute as opposed to the 50% per minute which had been calculated before. This was also the first time that gradual flow was used to create a kinesin gradient surface within a flow cell.