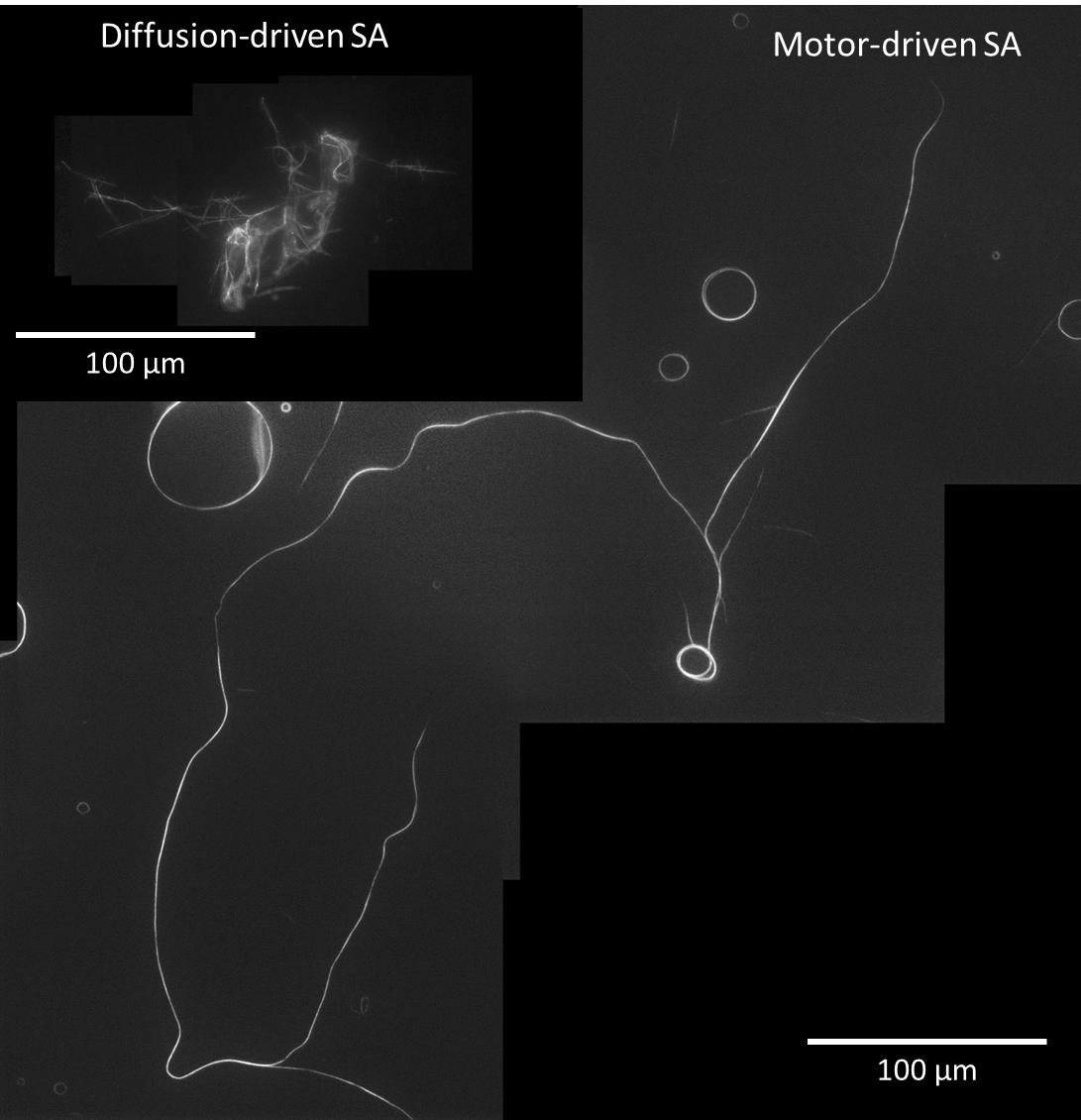 One of the great promises of active self-assembly, in which energy flows through the system to propel building blocks along, was that it would allow for faster assembly of large structures. Since the assembly process would no longer be diffusion-driven, larger building blocks could assemble in a timely fashion, and thus it would be possible to bridge the microscale to the macroscale.

It was shown that it was possible to assemble a near-millimeter-length wire from cross-linking propelled microtubules which were originally 5 to 20 μm in length in the course of two hours. However, the question remained: without the active propulsion of microtubules, would a structure of this scale arise in a comparable time? While the gliding assay had been employed for studies in self-assembly for nearly a decade, a control experiment had still not been run.

To run the control, I coated the surface of the flow cell with non-specifically adhered casein to prevent the streptavidin-coated microtubules from sticking to the surface. The experimental cell was restricted to approximately 10 μm in height to limit the diffusion of the microtubules to two dimensions dimensions (again, the average length of a microtubule ranges from 5-20 μm). Rather than bundles and wires, the microtubule structures resulting from pure diffusion were disordered, due to their being able to diffuse in both transverse and longitudinal directions relative to the microtubule axis, whereas propulsion by kinesin enhances only movement in the longitudinal direction. Furthermore, the scale of these structures (measured tip-to-tip along the longest axis) was far smaller than what was achieved by active assembly (160 μm vs. 980 μm).